Spearmint Resources Inc. has acquired a 100-per-cent interest in the 17,142 contiguous acre Chibougamau vanadium project, located in the direct vicinity of Lac Chibougamau, Quebec. This property directly borders BlackRock Metals’ (private) Ilmenite vanadium project, Vanadiumcorp Resource Inc.’s (VRB.v) Lac Dore vanadium project and Vanadium One Energy Corp.’s (VONE.v) Mont Sorcier vanadium project. This block of claims puts Spearmint in the heart of the expanding Chibougamau mining district’s vanadium circle. Vanadium has garnered significant market attention recently as the use of vanadium in battery storage is gaining momentum and Spearmint is very pleased to be able to acquire a significant footprint in one of Canada’s best-known vanadium districts. On August 21, 2018, the government of Quebec announces a $248-million investment in the BlackRock Metals Vanadium Project and the development of the Grande-Anse secctor. 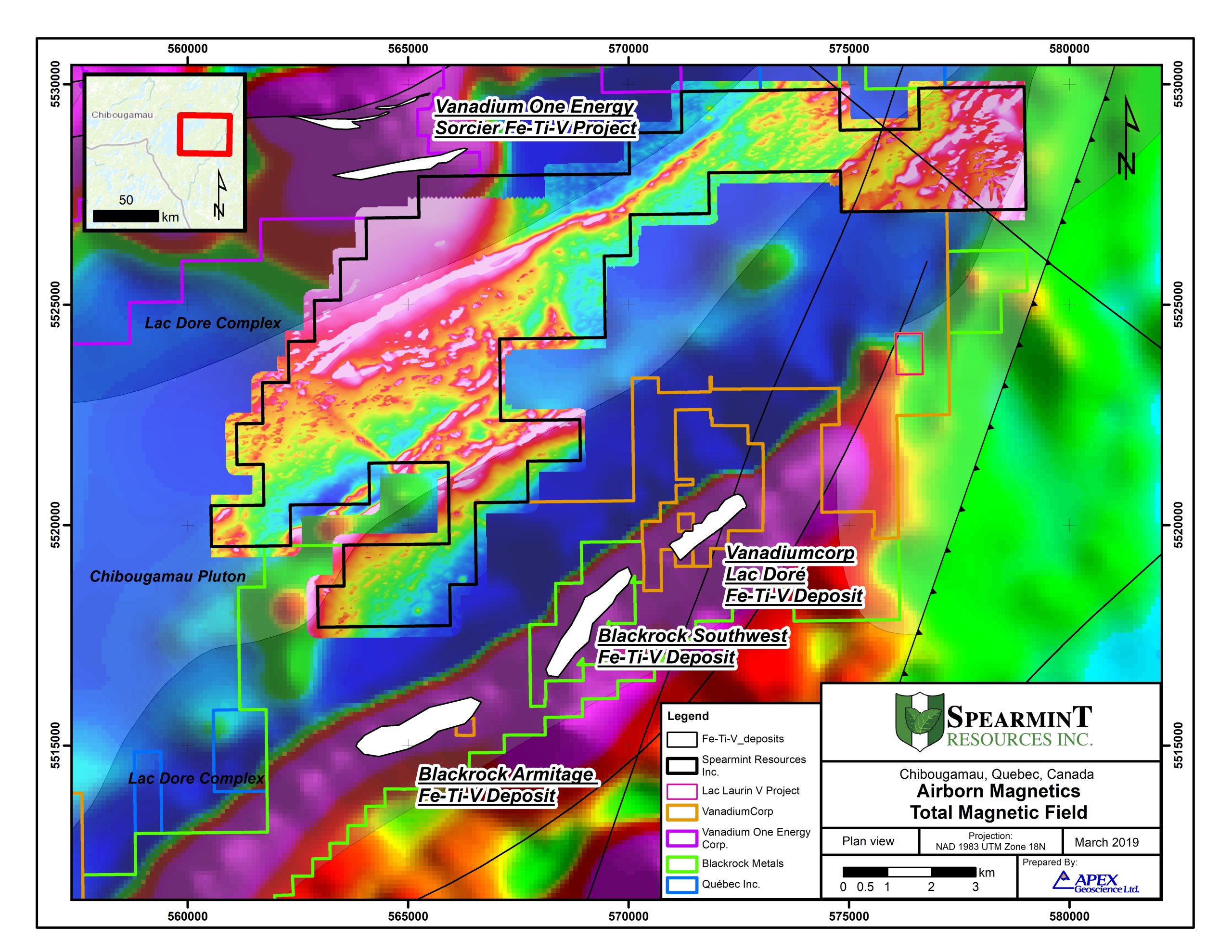