Spearmint is very pleased to have recently acquired the ‘Green Clay Lithium Project’ to add to our growing portfolio of lithium projects in Clayton Valley, Nevada, the most premier address for lithium in North America. Spearmint will begin to formulate work programs shortly for this new lithium clay project, in addition, a phase 3 drill program on our flagship Clayton Valley lithium project is being planned for fall 2021 with the goal to build upon our recently released maiden resource estimate, which included a total of 1,006,000 tonnes of lithium carbonate equivalent (LCE). The remainder of 2021 and beyond will be an extremely active period for Spearmint with catalysts coming ahead on multiple projects.

Recently, there has been exciting news regarding other lithium clay projects within the Clayton Valley. On October 13, 2021, Cypress Development Corp (CYP – TSX.v, CYDVF – USA) announced “the assembly of the pilot plant for the company’s 100-per-cent-owned Clayton Valley lithium project in Nevada is complete. The pilot plant is located at a metallurgical facility approximately 100 miles south of the project. Purchasing of items for the pilot plant began in March and work progressed through the summer. With assembly and operational testing of component equipment finished, test extraction of lithium from the project’s sample material will begin. The pilot plant will utilize chloride-based leaching combined with the Chemionex–Lionex process for direct lithium extraction (DLE), as described in previous announcements.” 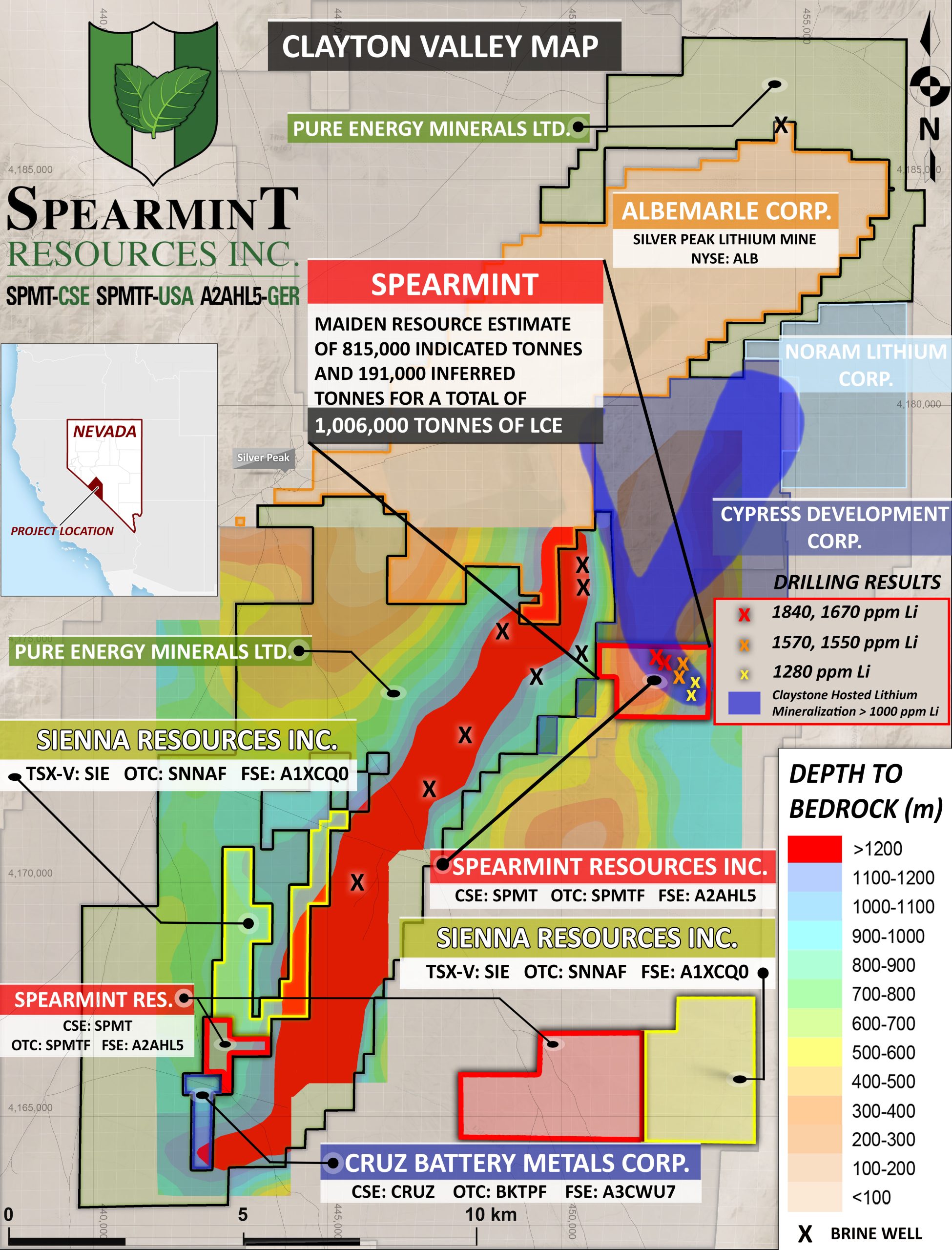