Spearmint Resources Inc. has acquired a 100 percent interest in the 2,397 acre ‘NEBA’ Copper-Gold Prospects in the Golden Triangle of British Columbia, directly bordering Aben Resources Ltd (ABN.v).  Spearmint Resources work programs on its NEBA Golden Triangle property are continuing. The company has just finished an airborne survey completed by Precision GeoPhysics and the data are currently being analyzed. Additional work programs will be formulated with these data and the highest-priority drill locations will be targeted. The NEBA property directly borders Aben Resources’ Forest Kerr project in the Golden Triangle of British Columbia where Aben announced significant drill results on August 9, 2018, over an interval of 38.7 grams per tonne gold over 10.0 metres, including 62.4 grams per tonne gold over 6.0 m, starting at 114 metres downhole. 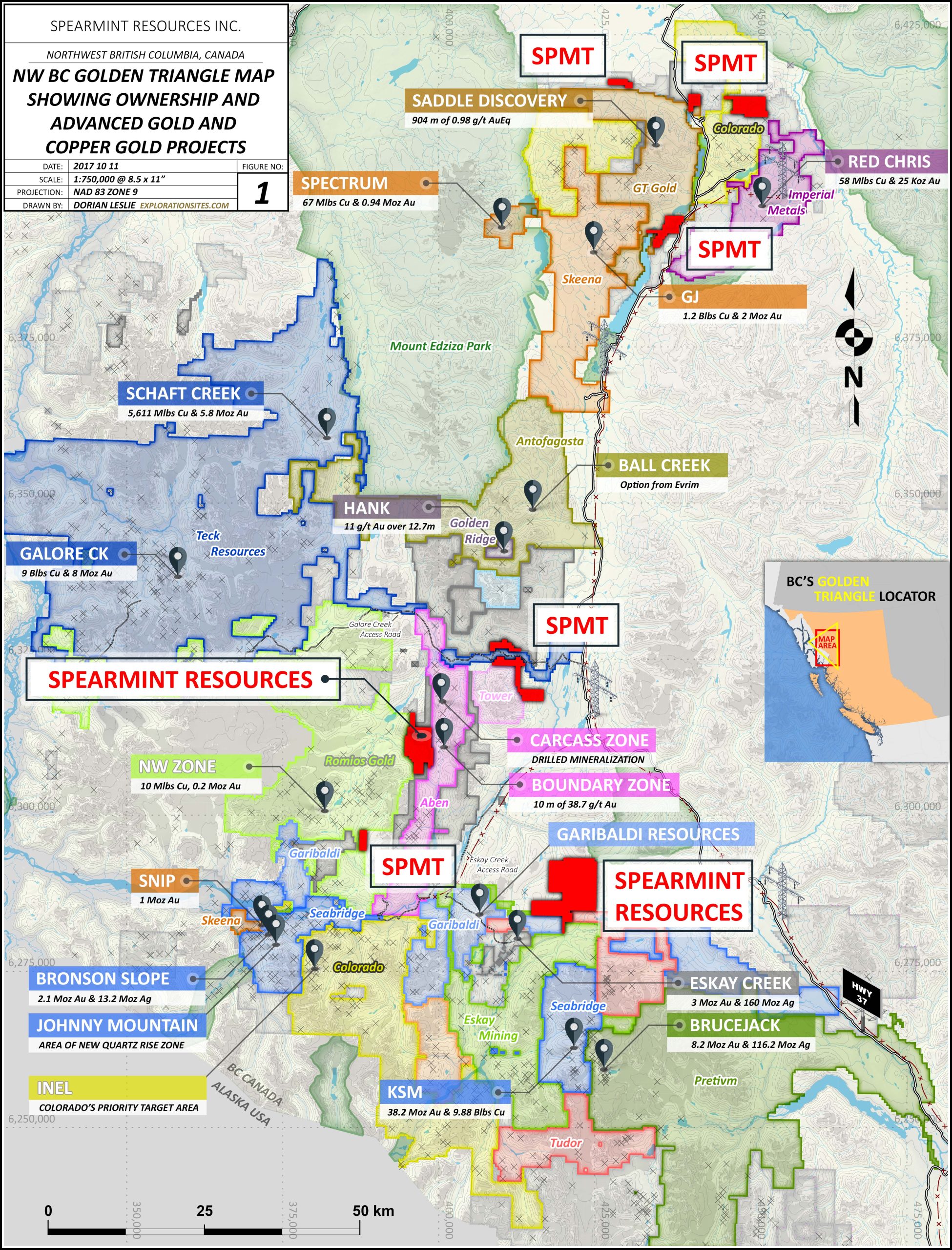